RUSH: This is Neil in Matthews, North Carolina. Welcome, sir. It's a thrill to have you with us. Hello.

CALLER: Thanks for taking my call, Rush.

RUSH: You bet! I'm happy to have you here. 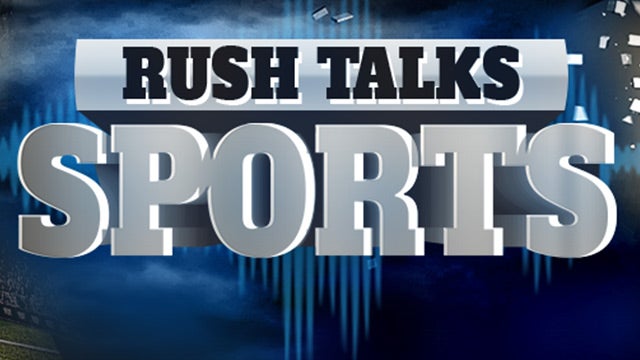 CALLER: Okay. Listen. You spoke about the liberal media and the Democrats leading this coronavirus panic -- you know, leading to the shutdown of the NBA, now the NHL, Major League Baseball -- you thought, "How about in the NFL in the fall?" Well, I think it's time for President Trump to call their bluff and for the health and safety of American citizens, he needs to call to postpone the November election and stay on as president until we get this thing under control.

RUSH: Hey, you know what? I actually like that. Same premise. The Democrats are trying to cancel their primary. Plugs are out canceling his rallies. Can't have people showing up! Can't have the virus spread. Can't have large crowds assembling. They want Trump's rallies to stop.

Folks, let me tell you what else. In the National Football League, team after team after team is announcing today that they're closing their facilities. Now, this is the off-season in the NFL, and players are not at facilities this time of year. They can't legally be there because of the Collective Bargaining Agreement.

Because, you know, Las Vegas expects to double or triple the number of people usually visiting on a week because of the NFL Draft. So the latest team: The Philadelphia Eagles just closed their facility and pulled their scouts off the road. Daniel Snyder of the Washington Redskins is closing the facility. The Carolina Panthers, I think, are. I'm not sure.

I just saw the list. More and more NFL teams are closing. You know what this has become? This is a PR bandwagon. "Oops! We better close our facilities so that the public thinks we care." It's like companies jumping on the climate change train to make customers think they care, because companies are making the mistake of assuming that everybody believes in climate change.

So they glom onto it -- and why do they make the mistake of assuming that? It's because they all pay attention to the media. You know, one of the reasons -- one of the reasons -- if you watched the Super Bowl ads last couple of seasons, how many of you have said, "Man, they just... I don't know. They're not what they used to be."

They're not. Advertising itself, to me, particularly television advertising, is nowhere near as creative and innovative as it used to be, and do you know why that is? It's because they've stopped deciding for themselves, stopped trying to figure out for themselves where culture is and they're depending on the media. So they think everybody believes in climate so they glom onto climate change this and that.

A company will be "going green," announcing climate change promotions or whatever, putting polar bears in TV commercials and so forth. I'll guarantee you what's happening here. This has become a self-fulfilling prophecy. So the NBA cancels or suspends its season. Well, the NHL can't be left off. The NHL can't appear to be irresponsible, so they cancel.

Now here comes the NFL. The NFL doesn't start playing 'til September -- well, preseason games in August -- but they can't appear to be insensitive and left out. So they're closing whatever they've got to close, which is nothing. Nobody goes to the NFL facilities executive team executives. So they're shutting those down.

Now Major League Baseball's gonna have to do something because their season starts next month. Well, depending on where, the end of this month. What you have right now is a bunch of bandwagon players. I... (chuckles) We have 1,200 cases in America with 39 deaths, and we're doing all of this? We've literally become a culture of a bunch of followers.

You have to look far and wide to find any courageous leaders anymore. It's a sad, sad thing, and it's because of the politicization of so much and it's because of the dominance of wimp politics -- which is liberalism -- that is infecting everything. A bunch of wimps disguised as compassionate, concerned, sensitive people is wimpifying practically everything they can get their political hands on.

So pretty soon, you're gonna be... (sigh) If you're a business, if you're an industry, it's gonna be foolish to stay open, in the PR sense -- and everybody's making the mistake of assuming that a majority of Americans are living their lives cowered in fear in the corner, worried and scared to death, when that may not be what a majority of Americans are thinking about this.

But we'll never know because everybody's relying on the media's portrayal of this country every day to be representative of the national attitude on everything. That's why they think everybody hates Trump! Yet Trump is cruising to a landslide reelection victory. They are convinced everybody hates Trump.

They're convinced that everybody thinks Trump is an idiot and a buffoon, and that's not what the majority of Americans think. (interruption) No, I don't know what to do about it. I don't know how you deemphasize the media. It's a question people have had for as long as we've been alive. 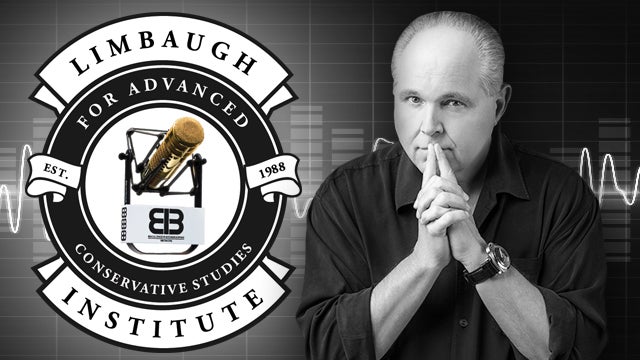 Well, one of the big problems is the media is not being hurt by having no audience. CNN literally, in another time, another world, would be out of business. They would have had to shut down. They've got no viewers, they've got no advertising revenue. But they're part of a conglomerate where they can act as the loss leader. They can use the profits of other areas of the corporation that owns them to stay afloat, whereas a standalone they'd have been bankrupt and shut down years ago.

There's no place that I'm gonna cross off the list where I will not be going. I'm not gonna travel internationally, but that's for whole other different reasons. But I'm just not gonna play, like when they give a recession, I've always said, I'm not participating. And I'm not gonna participate in this. Places I have to be, I gotta go. And if I have to go, I'm gonna go. (interruption) No, no, that won't be a problem. (interruption) No, no, no, no, nobody's gonna refuse to take me. That's what's crazy about this.